Our tribute to the music of Led Zeppelin is performed with painstaking accuracy and reverence. An homage to the brilliance of their recordings; performed with all the passion and exuberance evident of true fans: We honor the legacy of Jimmy Page, Robert Plant, John Paul Jones, John Bonham and Jason Bonham. To immitate their wardrobe and every move would be to do a disservice.

Not that there's anything wrong with that :-) 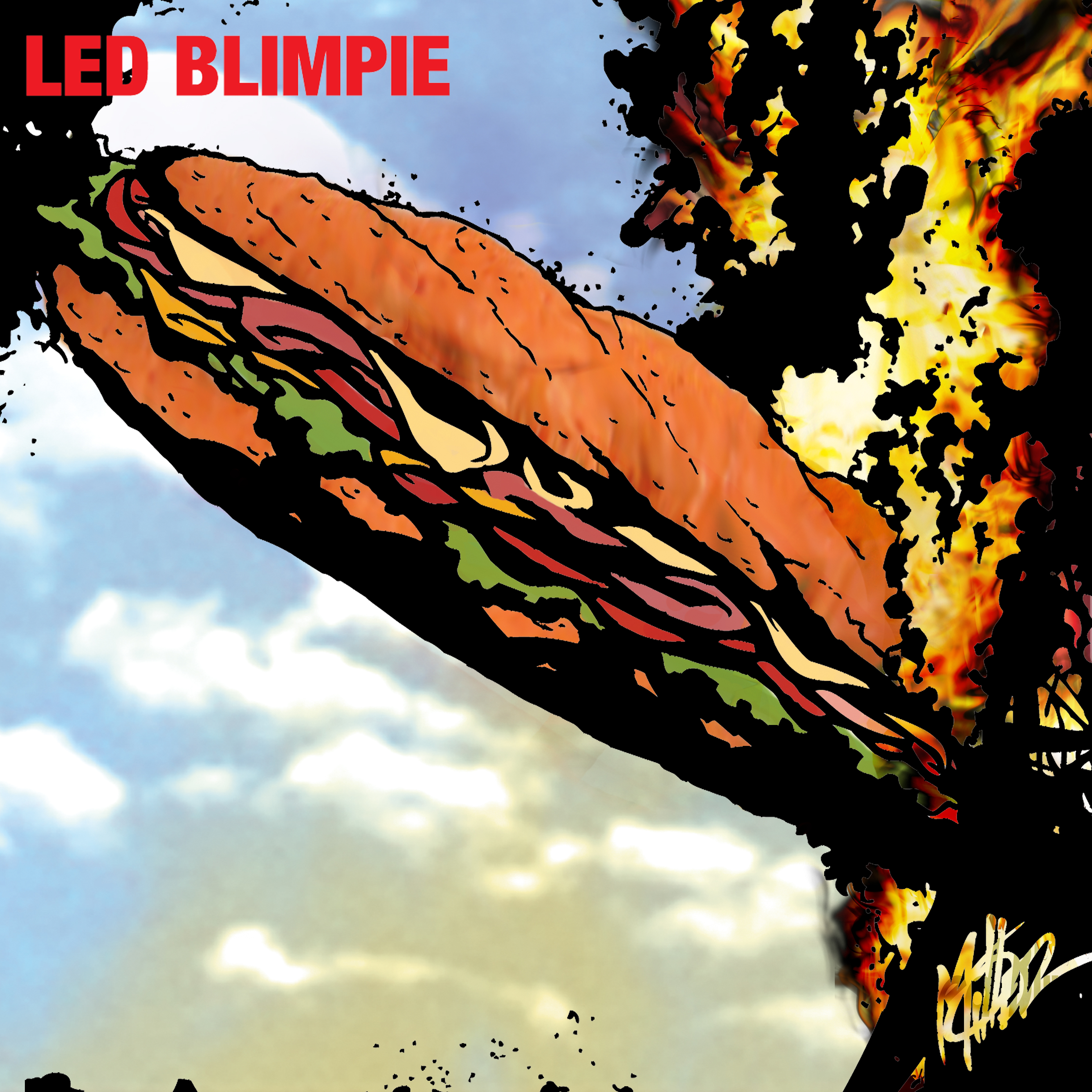 A Tribute to the Music of Led Zeppelin

Led Blimpie: A True Story
The “Blimpie” in Led Blimpie refers to the famed New York City eatery, which itself refers to a Blimp; an airship, very similar to a dirigible or a Zeppelin.

As a child of 5 or 6, Thor lived across the street from NYC's first Blimpie sandwich shop located on 55th St. and 8th avenue. (This was the second store ever, the first one , pictured, opened in 1964 in Hoboken, NJ.) The 2nd floor apartment Thor lived in had a fire escape with a direct view of the restaurant across the street. Every day, he would see the same large man sit at a table by the window and devour a large sub. Thor would play on the fire escape and daydream about all the humorous characters on the wallpaper that used to adorn the eatery in those days. It was a whimsical, fanciful world with fantastic characters traversing the world in blimps while delivering sandwiches. Thor would imagine that the fat man he saw every day was one of those characters come-to-life. Whenever Thor was deserving, his special treat was always a trip to Blimpie's.

Thor became a performer, acting on Broadway, television and film. As he grew into a man, he developed a passion for the music of Led Zeppelin and taught himself to play guitar, learning all the songs note-for-note.Years later whilst contemplating putting together a band, he happened to be walking past that Blimpie Sandwich shop on 55th & 8th and BAM! a light went off in his head and the idea for Led Blimpie was born!

Led Blimpie; the name, the pun. 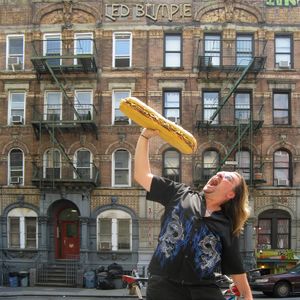 The humorous aspect of the sandwich alludes to the sense of humor and humility with-which the band executes the herculean task of recreating the most powerful rock and roll music ever created. The food aspect works on many levels:  like the music, the sandwich can be described as full, rich, hearty, fat, complicated and satisfying. It also points to the appetite of its f 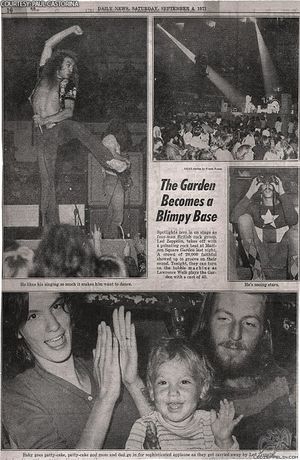 ounding member, Thor Fields, who sports his girth with pride and has an insatiable passion for food and music. There is a pun with 'Lead Belly" who was the blues man who first recorded a centuries old tune and called it 'Gallis Pole'. The song can be traced back to 1697 but is best remembered today as 'Gallows Pole' by the version on Led Zeppelin III. And then there's also an old type of blues called "Grinder Blues". "Grinder" being a term used for both a big sandwich and a type of blues. Not to mention that Jimmy Page, Robert Plant, John Paul Jones and Jon Bonham are heroes...not only to the members of Led Blimpie, but to millions of fans around the world. And now that hero sandwiches are being called "Zeps" or Zeppelins" in parts of Eastern Pennsylvania , the pun has truly come full circle!

Thor didn't know it at the time of creating Led Blimpie, but the "Blimpie/Zeppelin" connection had already been made decades earlier when the NY Daily News ran this feature about Zeppelin at Madison Square Garden with the following headline:
"The Garden Becomes a Blimpy Base".
...curious that "Blimpy" is spelled wrong.

Also known for the artwork that promotes their shows, Led Blimpie parodies the classic Zeppelin artwork, substituting an enormous sandwich for the doomed dirigible.
Instantly recognizable and hilarious to most Zeppelin fans, the parodies allude to a number of things: epicurean, phallic and avian.

The sandwich on the parodies is not from the restaurant. It was a real sandwich that Thor created with help from his good friend the Rev. Bill Marshall. They photographed and devoured it themselves! (Notice, the strawberries?) 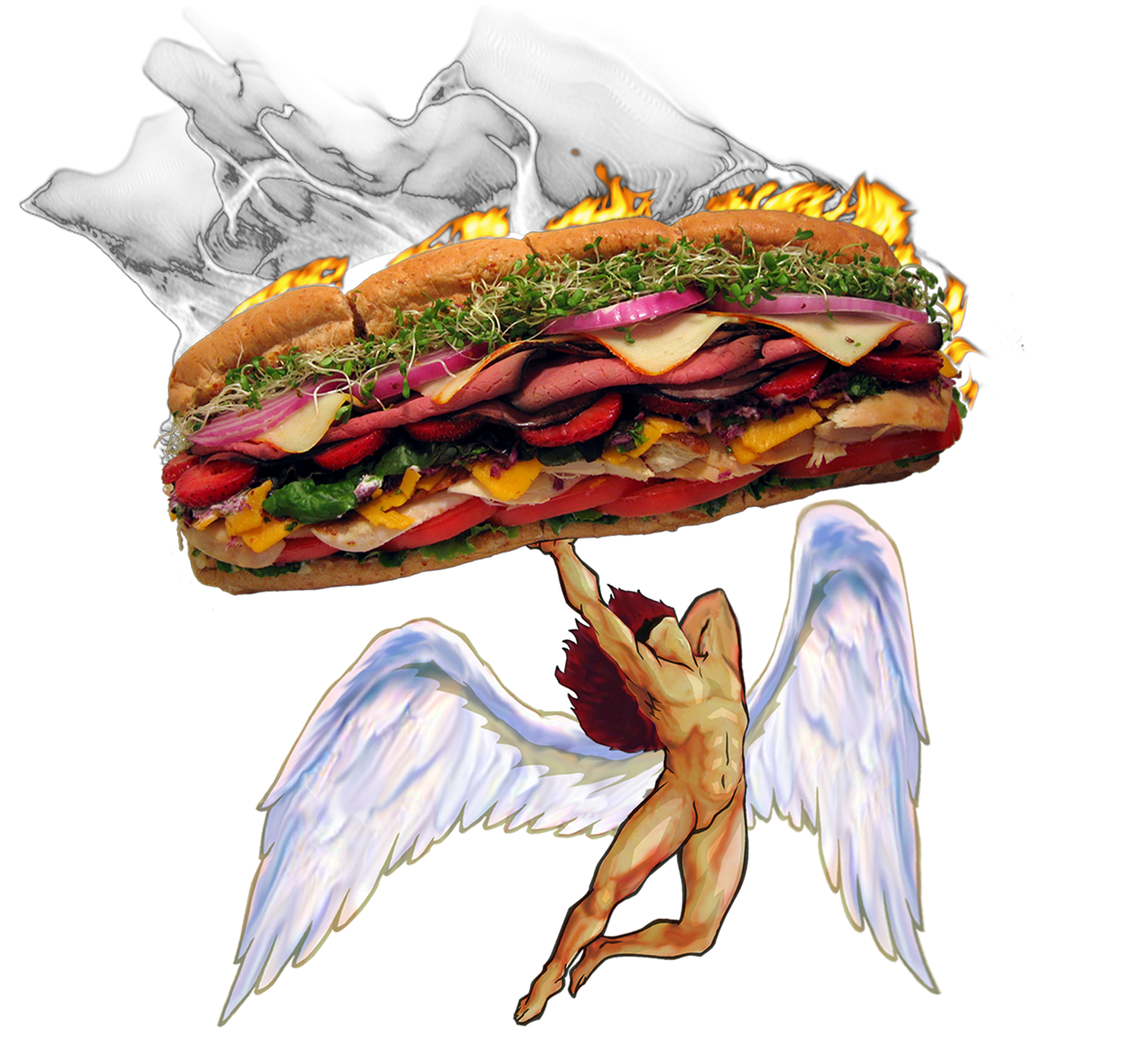 "Credit must be given to Led Zeppelin, the greatest rock band in history, for giving the world a body of work that has continued to entertain and inspire millions of people from their inception in 1968 to this very day.
For this we are truly grateful."
-Led Blimpie